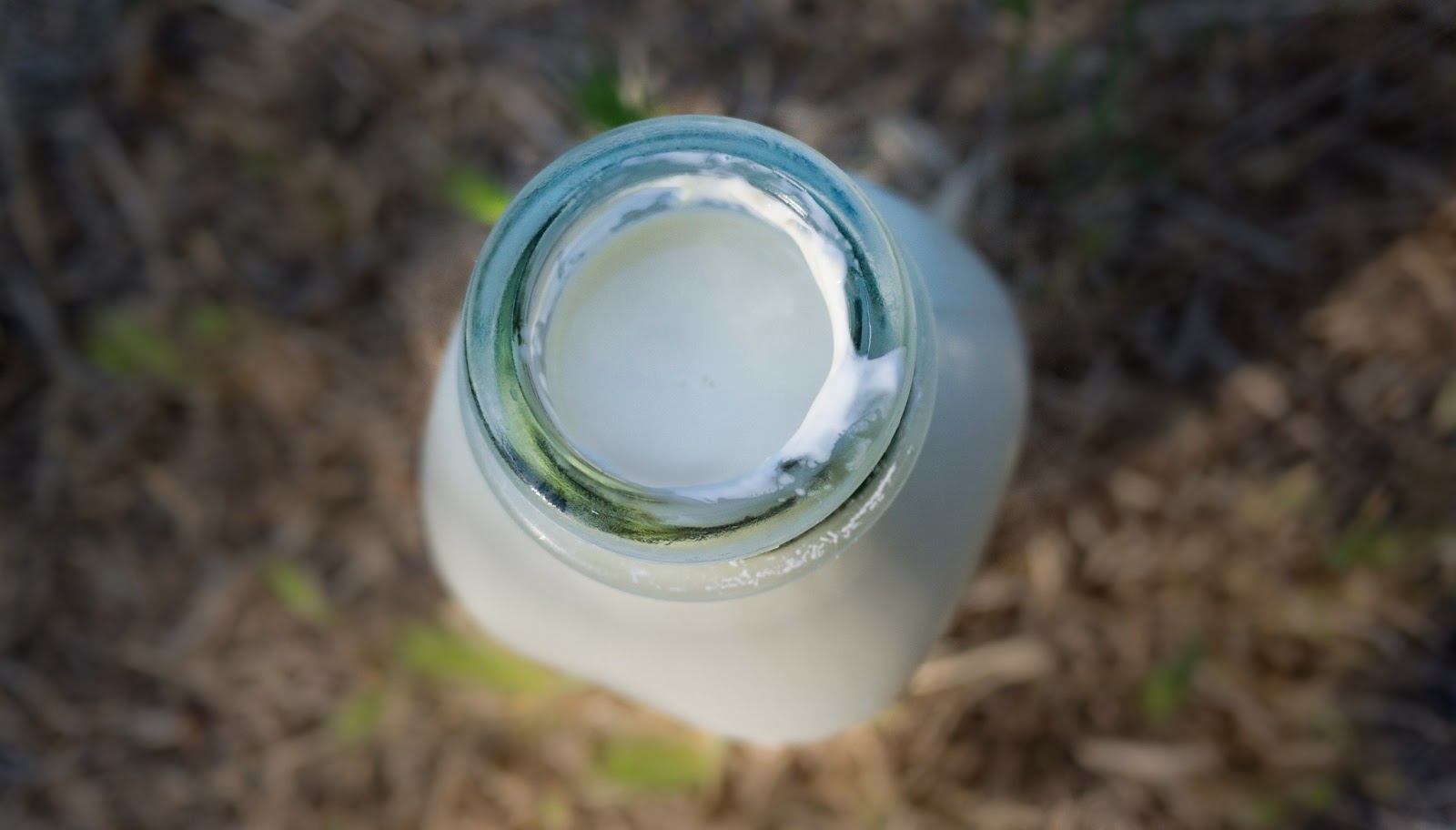 I have never been a milk drinker. I disliked milk as a child unless it was filled with Nestle’s Quick. My mom tried in vain to get me to drink milk, worried as most mothers are about growing bones, but eventually she let it rest. It was chocolate milk or bust. The one time I can remember really enjoying milk was on a childhood visit to a farm in Penobscot, Maine, with my Nana to get raw milk and eggs from her cousin. I had heard my parents and grandparents reminisce about the days of milk delivered to their doorsteps, the glass bottles beading with sweat and the wide neck choked with a thick layer of cream. It sounded romantic, and the way they said the word cream made it sound exciting and special and utterly delicious.

When we arrived at the farm the last of the cows were being milked. They were quiet and massive. Their movements were cumulative, a collective shifting from hoof to hoof or a sequenced wave of tails flicking flies. I was shyer then and it took some coaxing, but eventually I sat on the three legged stool by my Nana and gingerly placed a hand around one of the cow’s teats. I jerked my hand back. The udder was soft, coated in a light fuzz of hair, and it was hot! Nana laughed and wrapped her hand over mine, showing me how to squeeze and pull (no I wouldn’t hurt her) so the milk would spray into the pail below. Try it, Nana said, when we had emptied the last cow’s udder. She helped me lift and tilt the pail. It smelled of hay and of animal and of butter. I took a sip. It was hot still from the cow’s body. It was rich and creamy but left none of the coating on my tongue that I hated so much. It had the faintest taste of field, the sweetness you find at the juicy end of a blade of grass, pulled from its leaves and placed between your teeth.

Dairy is a hot topic in the nutrition and health world. There are arguments that dairy isn’t digestible by humans, that it is poisonous, that it causes and worsens allergies and increases mucus production and inflammation. That is only one facet of the debate which doesn’t even get into raw dairy versus pasteurized. The raw versus pasteurized debate has the government and food safety activists on one side, arguing that unpasteurized milk is host to all kinds of dangerous bacteria and that pasteurization was invented and standardized for a good reason. On the other side of the fence is the Weston A. Price Foundation which is arguably the leading authority on, and proponent of the benefits of raw dairy. They make a convincing case for why pastuerization is the worst thing we could do to our milk. One piece of the argument that makes particular sense to me is the notion that the rapid heat used in pasturization warps and distorts the protein chains in the milk, making them unrecognizable to the body and thus difficult, if not impossible to digest. I hadn’t ever thought of milk as having gone through a process in the same way “processed foods” do, but in a sense, if milk is pasteurized, it has. Over the years I have gone through phases of attempting to drink milk but find that it sits heavily in my stomach, as if my body can’t figure out what to do with it. Perhaps denatured proteins is the reason.

It’s a passionate debate and the claims on both sides are equally bold, defensive, frightening and propganda-ish. After reading arguments about the dangers of raw milk and the benefits of raw milk, I decided to try some raw milk myself and see what all the fuss is about. It isn’t easy to get your hands on unpasteurized dairy in most states but luckily, in California, you can find it in a surprising number of grocery stores. I bought a heavy glass bottle from Claravale Farm. It was beading with moisture. I could see the thick inch of cream at the top. I was excited already. I barely got out of the store before I tore off the plastic top and took a swig. It was cold and creamy but clean and light. No coating of my tongue, and again, that slightly sweet, grassy taste. It was delicious. Over the next few days I ate it poured over berries, in my granola, or slugged straight out of the bottle. I did not get sick from a pathogen. I did feel like I was drinking something whole and complete and truly healthy. 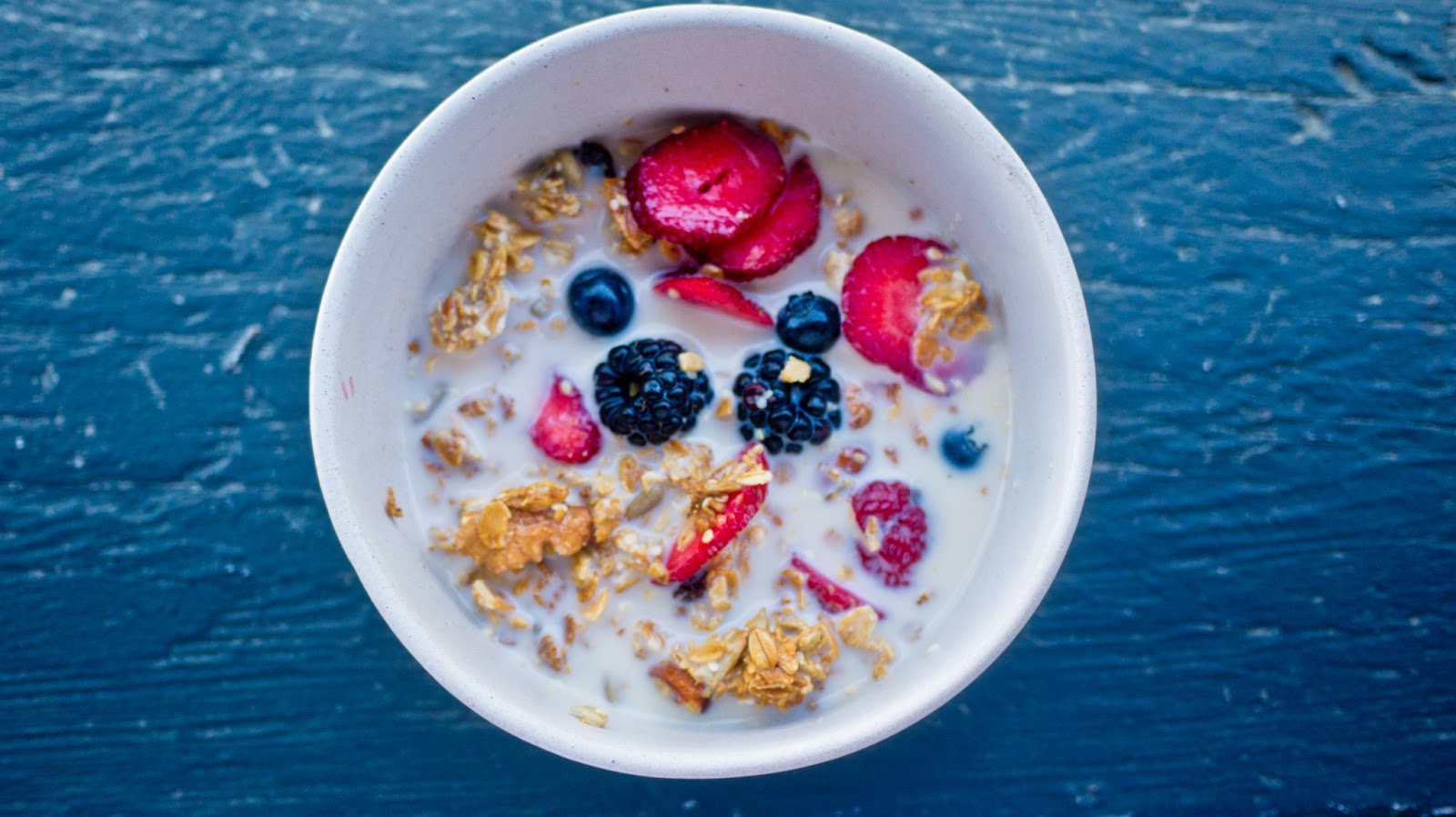 So now what? Is raw milk healthier? Should we avoid dairy products altogether? Is unpasteurized dairy too dangerous a food to have out in the world? I don’t know. It’s a complicated and far from transparent topic. What I do know is that I am still not a daily dairy drinker. It’s just not for me. But when the mood strikes, as it did today, to bake chocolate chip cookies, I’ll go straight to the far end of the dairy cooler and, health debates aside, go for the one in the thick glass bottle, the one that tastes the most delicious, the raw milk with that beautiful layer of cream.

Do you have experiences with raw dairy? What side of the debate are you on? Please share your thoughts in the comments section!

One Response to Raw Milk