Umeshu: How a Workshop Saved My Weekend 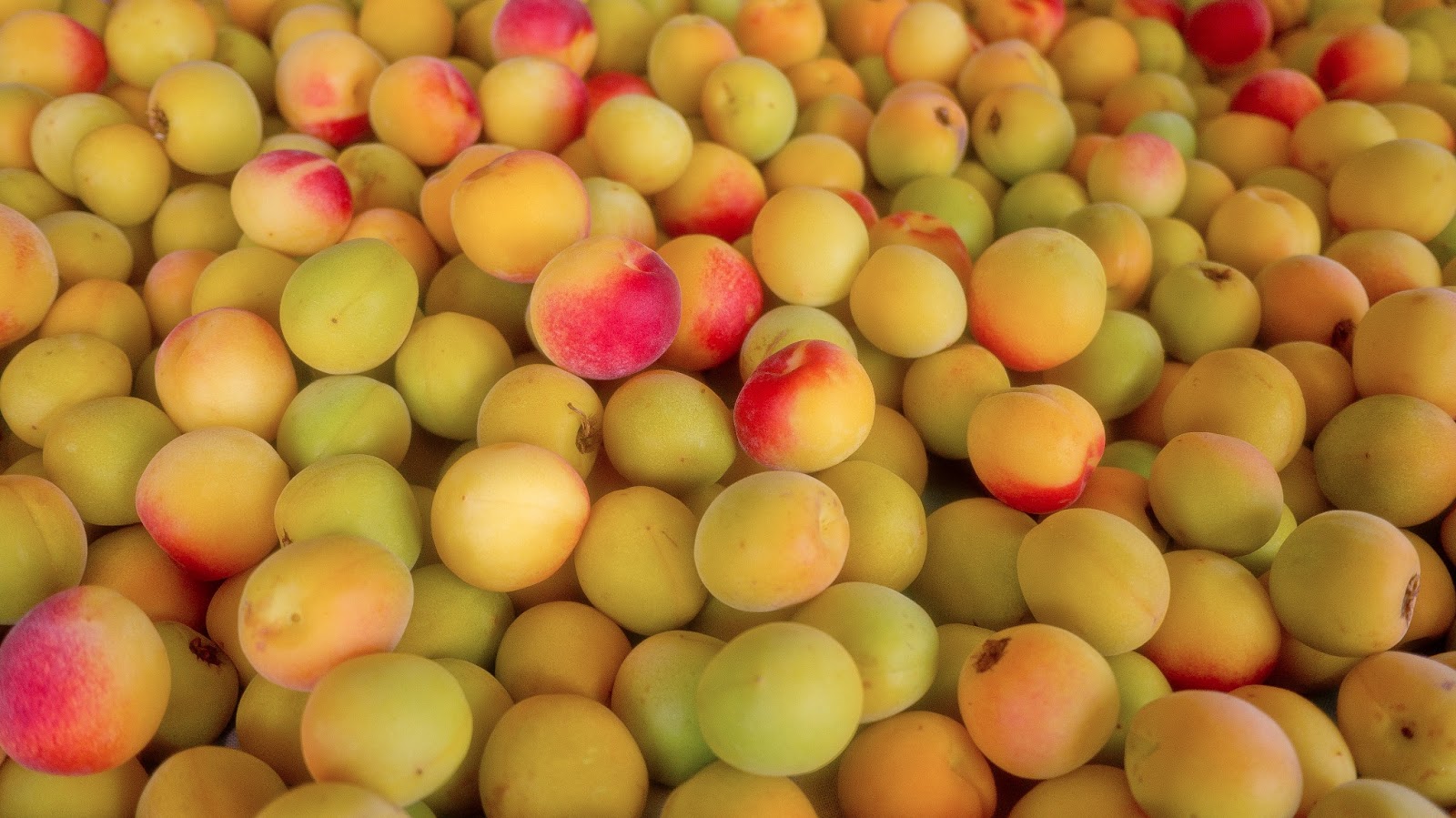 On Sunday I was in a funk. It was an unspecific funk, one that had me feeling anxious and a little trapped. I spent the morning drawing little pleasure from the rituals that usually feed me on weekends (moving my body outdoors, spending hours with the Sunday New York Times, cooking) and flitted instead from email to Instagram to Facebook in a part-communicative, part-voyeuristic media binge that left me feeling even more like a caged animal. Luckily, a friend had signed me up for a workshop on how to make Umeshu, a kind of Japanese plum cordial made from Ume plums. In my cantankerous mood I was half dreading the commitment and half relieved that I had such an event to anchor my day and get me out of the house.

I heard about the workshop through the Peko Peko mailing list.  I had never tasted Umeshu before but everything I had ever tasted or seen of Peko Peko was beautiful, and delicious. A class hosted by them was bound to be worthwhile. Plus they promised snacks.

I arrived at Peko Peko headquarters–a nondescript building in Oakland–to find Yoko, one of the owners of Umami Mart, waiting outside to greet the workshop attendees. At the top of the dark stairway was a large, virtually empty room with a stage in one corner, old church pews pushed against the walls, and a few booths where the other students of the day mingled politely. I circulated the room like a tourist, taking pleasure in the details: a hand drawn sign on a neighbor’s door, the intersection of a painted floor and tile, a room full of strangers: a mix of farmers, avid Umeshu drinkers looking for a more economical way to slake their thirst, Japanese natives living in California who grew up with Umeshu but had never made it themselves, and curious home cooks. 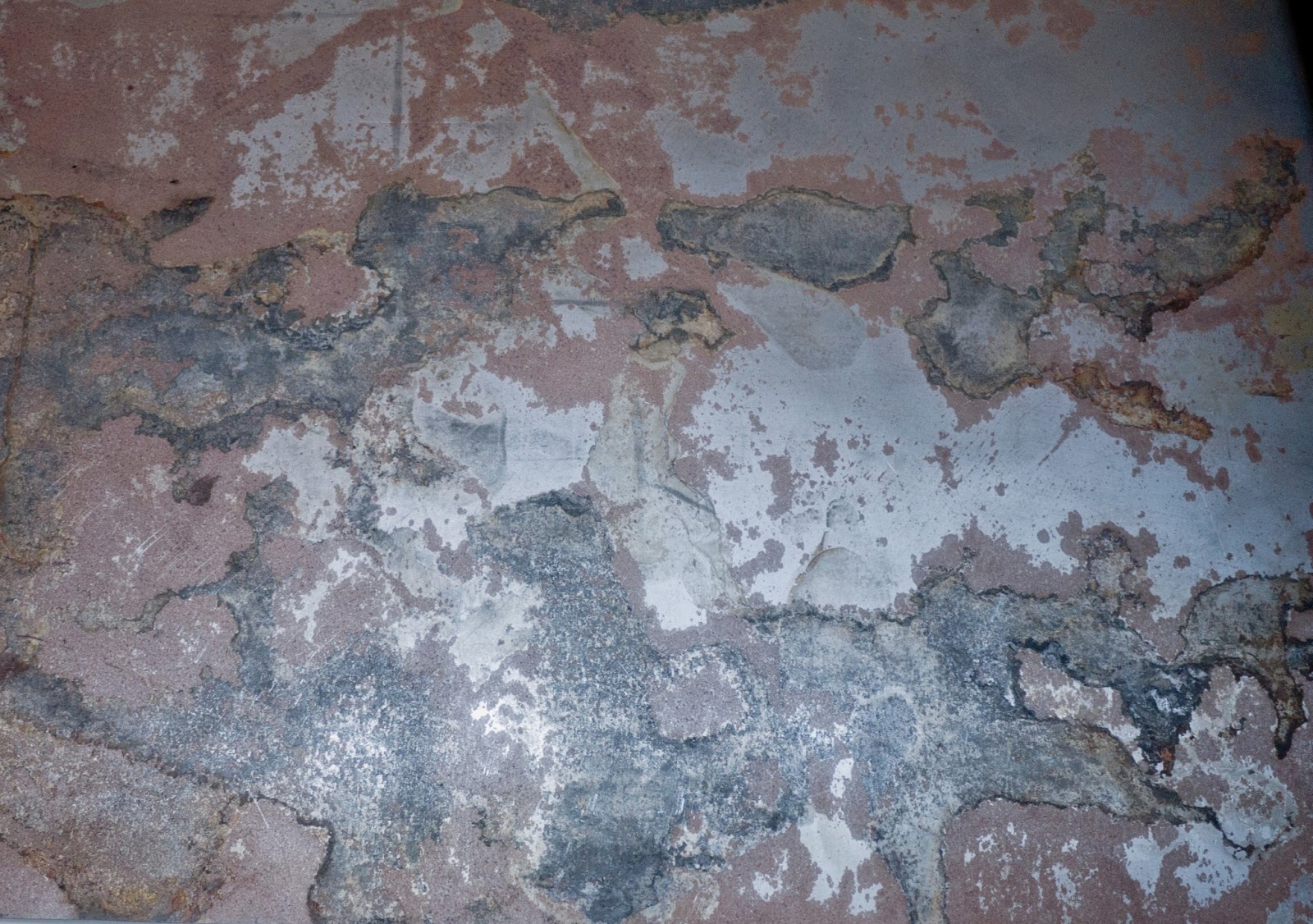 Before long we were each holding a file folder with neatly printed sheets of information. Junko, a staff member of Peko Peko, instructed us on the Umeshu process from beginning to end. She gave us history of the fruit (brought to Japan from China in 6th or 7th century), an explanation of what Umeshu is (a fruit cordial or liquer made from Ume and some kind of high proof alcohol), and, with a pride akin to showing off one’s children, showed us photos of previous batches she has made of Umeshu using different kinds of Ume, alcohol, and types of sugar. 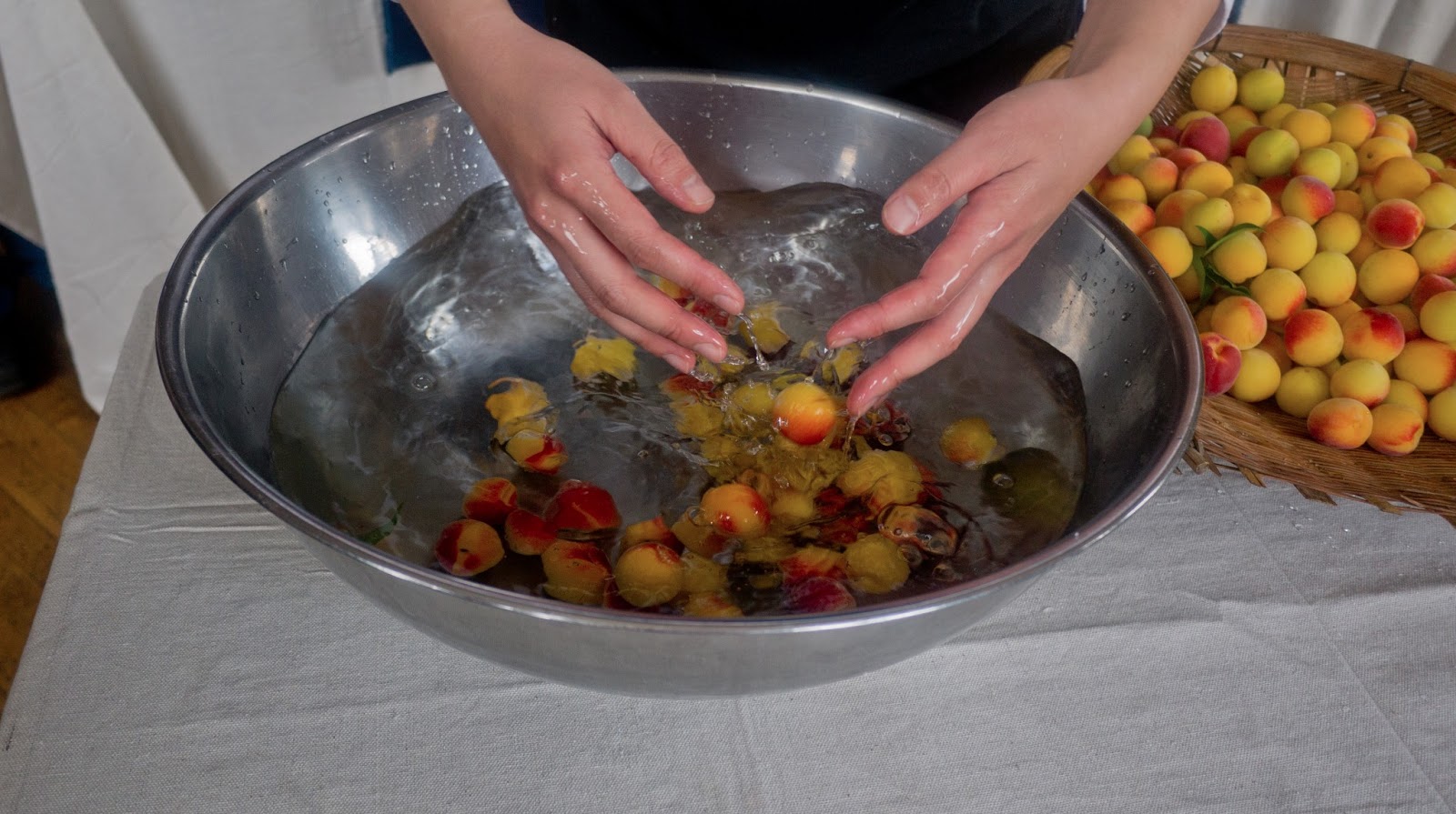 Eventually we were each given a jar and a recipe, and with Junko’s gentle guidance we went through each step of making Umeshu. We sterilized the jars with vodka. 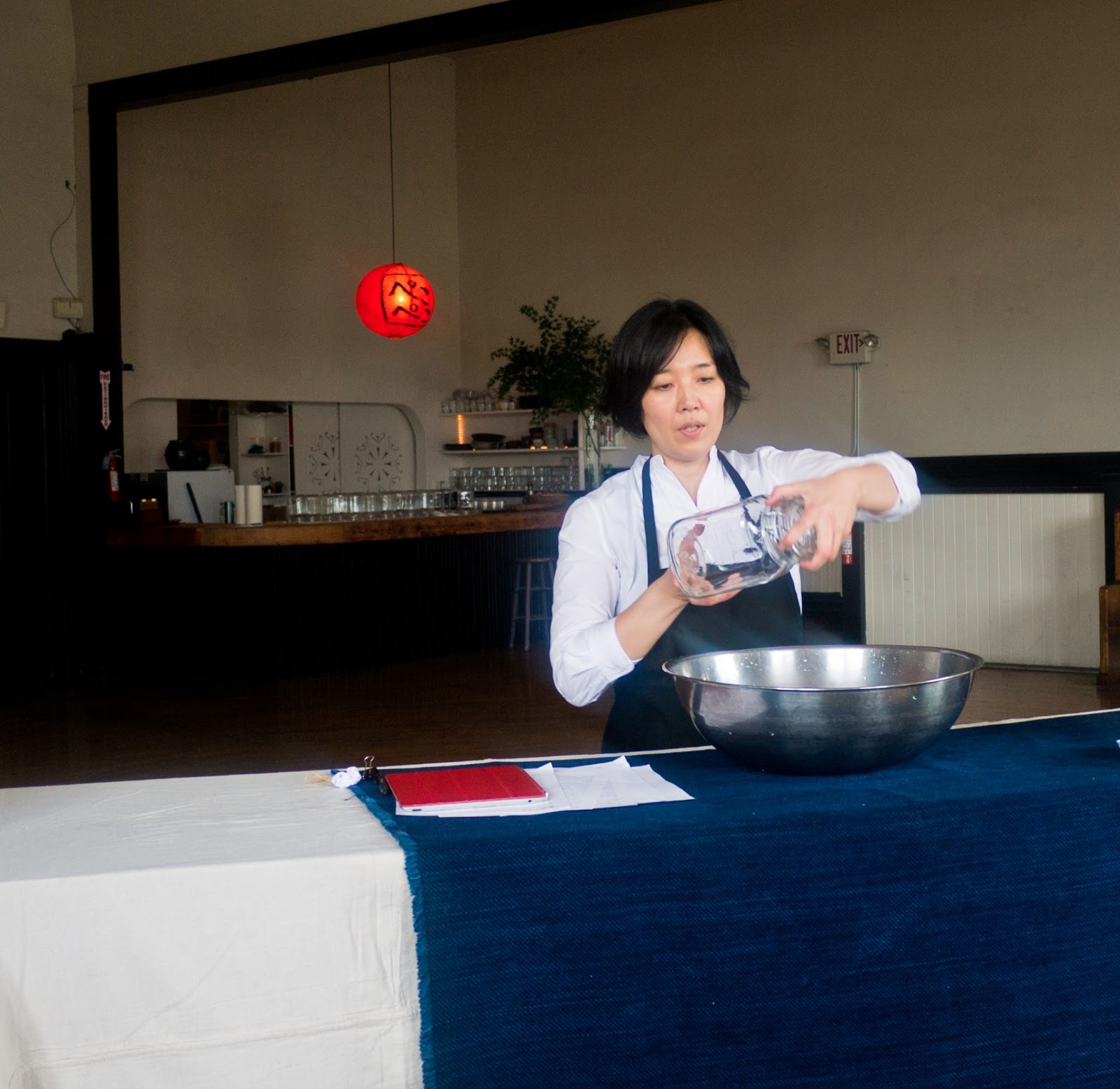 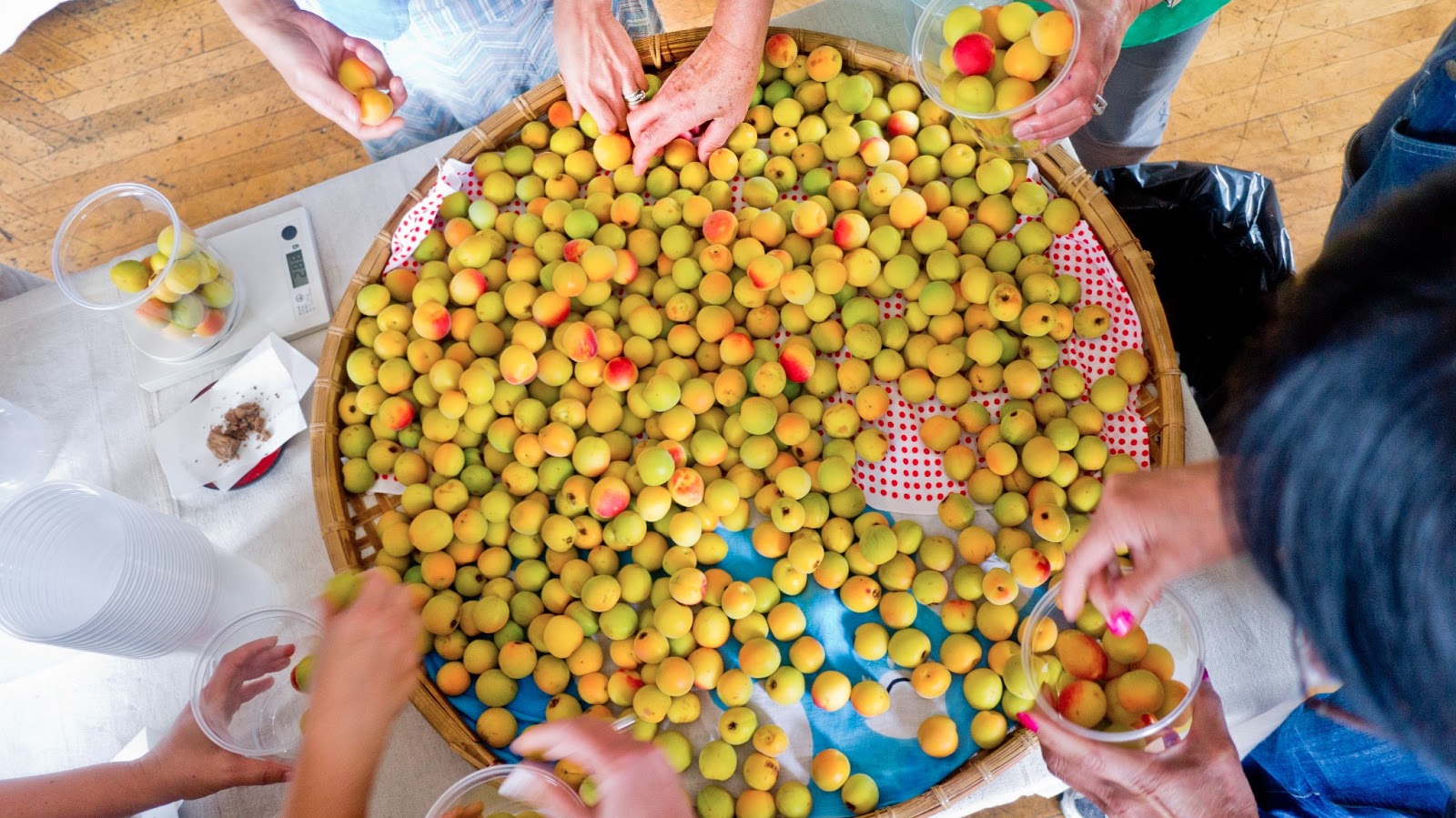 We selected our fruit, which resembles an apricot despite being called a plum. We then carefully nudged the stems from the depressions in the top of each one, using bamboo skewers, trying not to puncture the fuzzy skins. 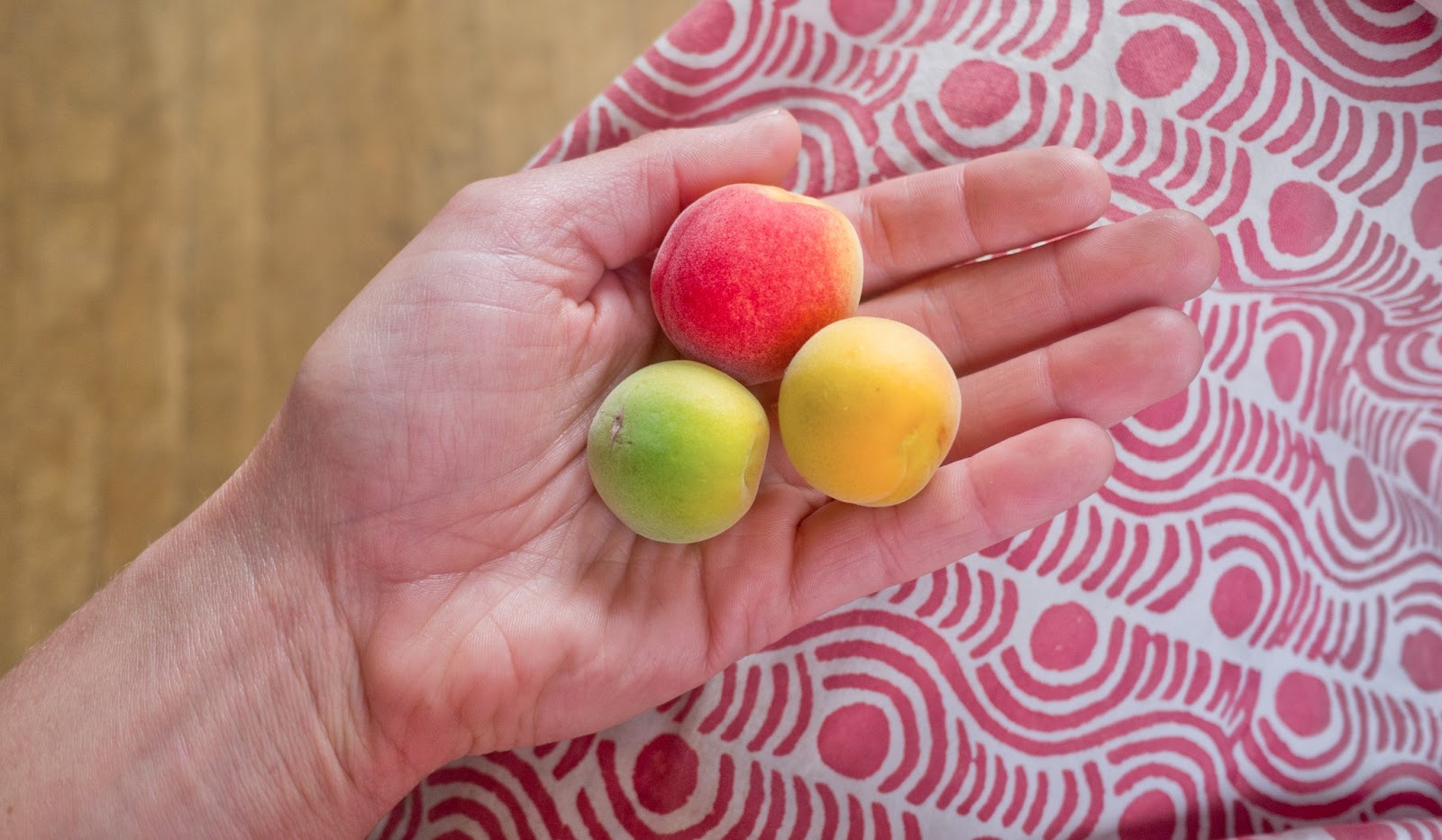 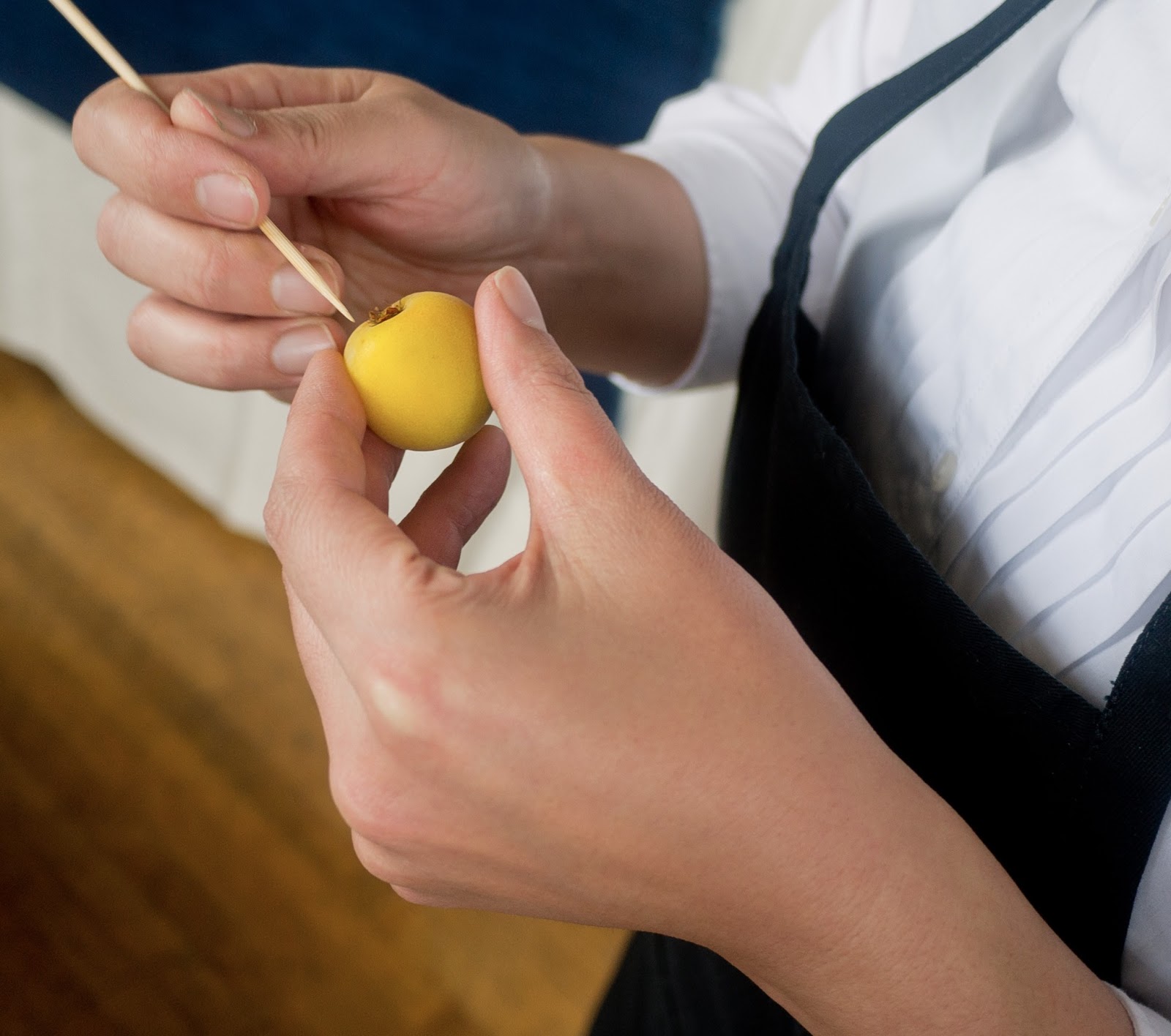 We layered rock sugar and whole ume in our jars and then covered it all in vodka. 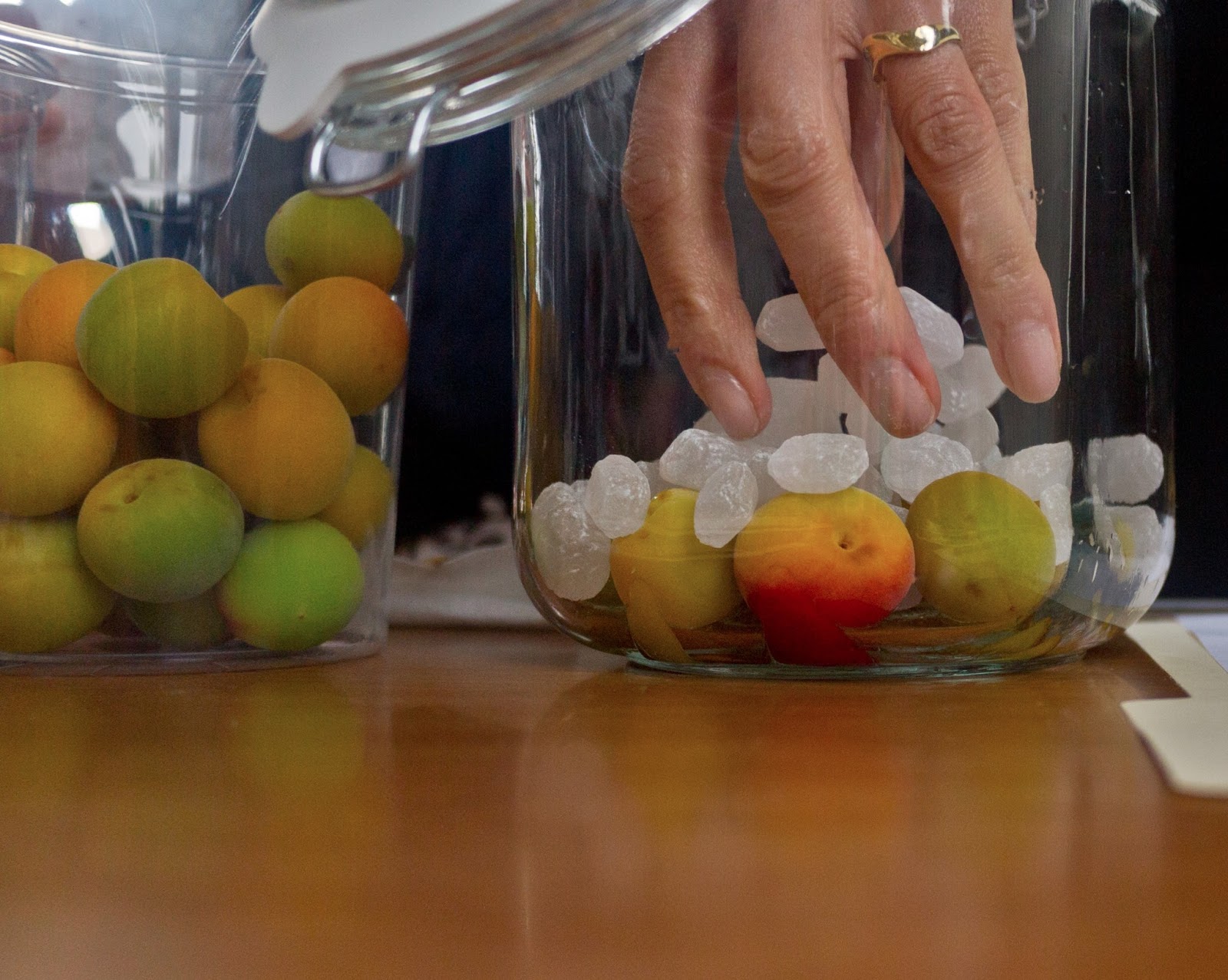 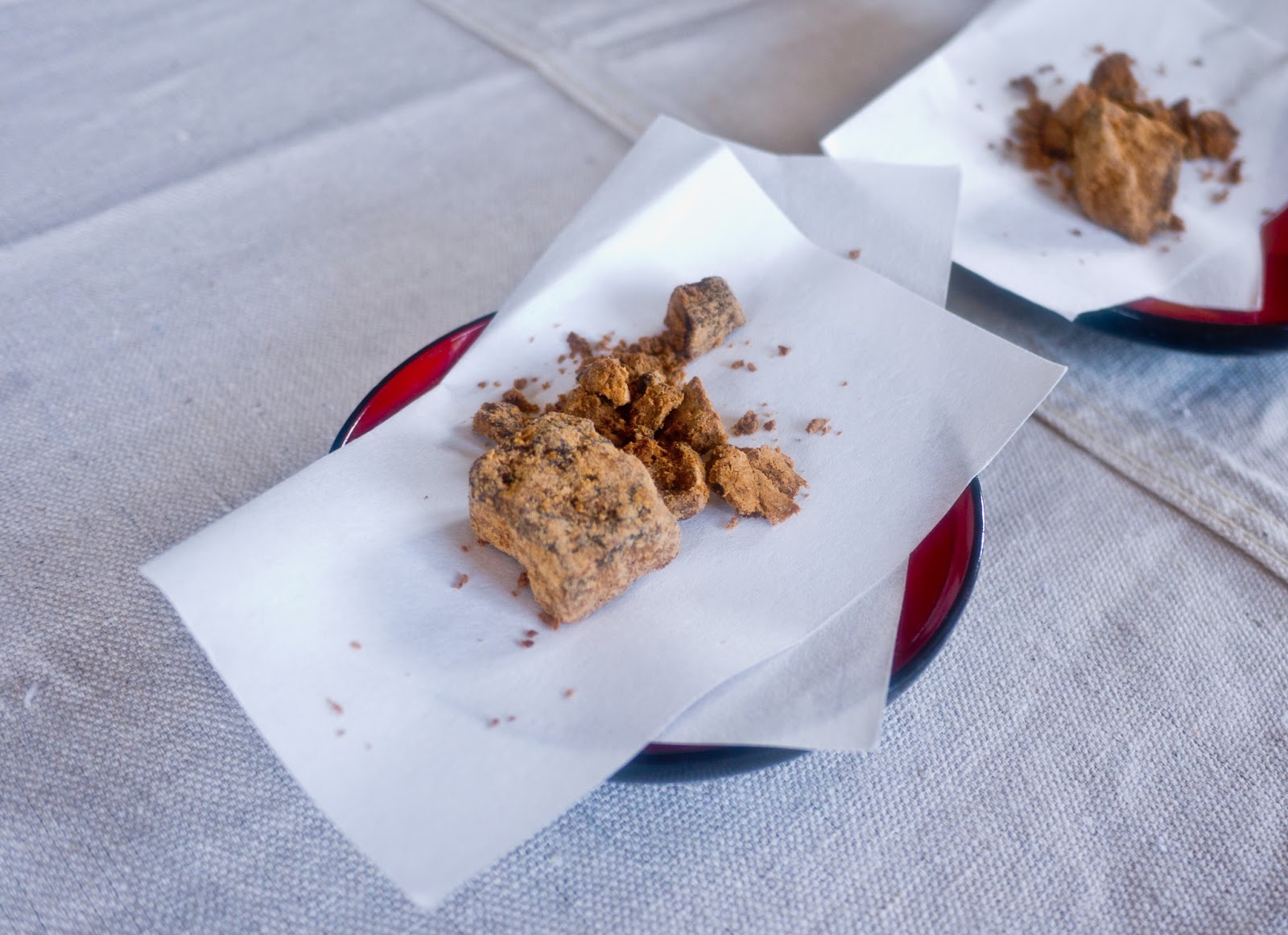 Finally, jars filled, we tasted a batch of Junko’s Umeshu from last year while we ate homemade tofu, yellowtail sashimi and salmon croquets. 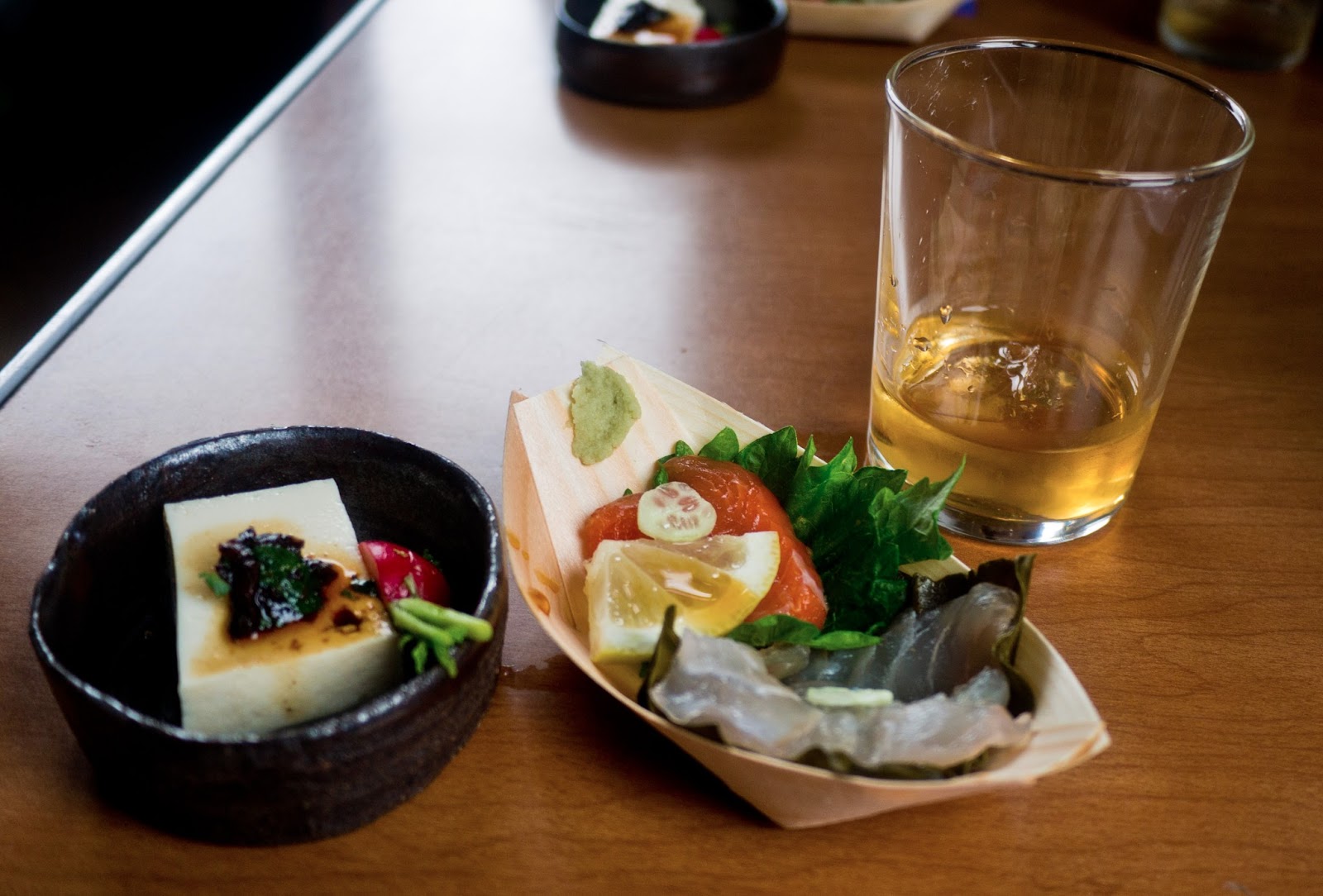 The Umeshu was delicious. It was sweet and plummy at first (like the best fruit roll up, one woman said to me), and as I swallowed it turned tart on the tongue and left the mouth feeling refreshed and clean. I felt rejuvenated. On the drive home, my Umeshu jar buckled into the passenger seat, I couldn’t stop thinking about the trajectory of the day and how much power we have, as individuals, to change our own stories. Sitting in my booth, cleaning the fragrant fruit and chatting with a fellow student, my agitated morning was a distant memory. I was calm. My mind was engaged. I felt at once shy and emboldened by being in a new place, out of my element but not overly so. It reminded me of traveling. 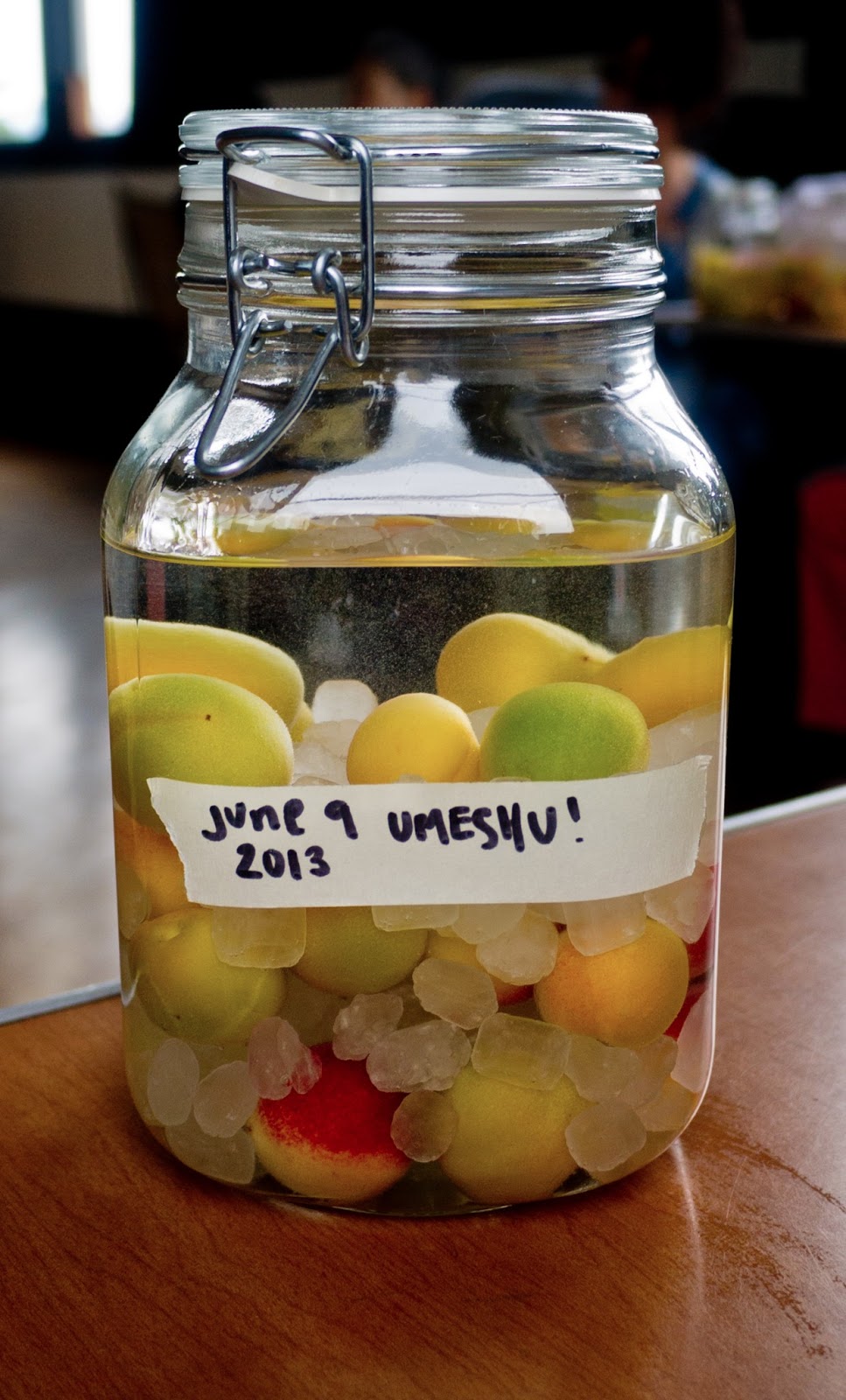 When we travel to foreign places we are forced to be men and women of action. We have no choice but to try new things, new foods, new words, to experience new smells and sights and customs. The only other choice is to hide out in our hotel rooms and the sheer cost of a vacation is usually incentive enough not to do that. Why, then, do we so readily abandon that same sense of curiosity and courage in our day to day? Why do we rationalize ourselves out of new experiences? Why do we let the scope of our daily lives get small? 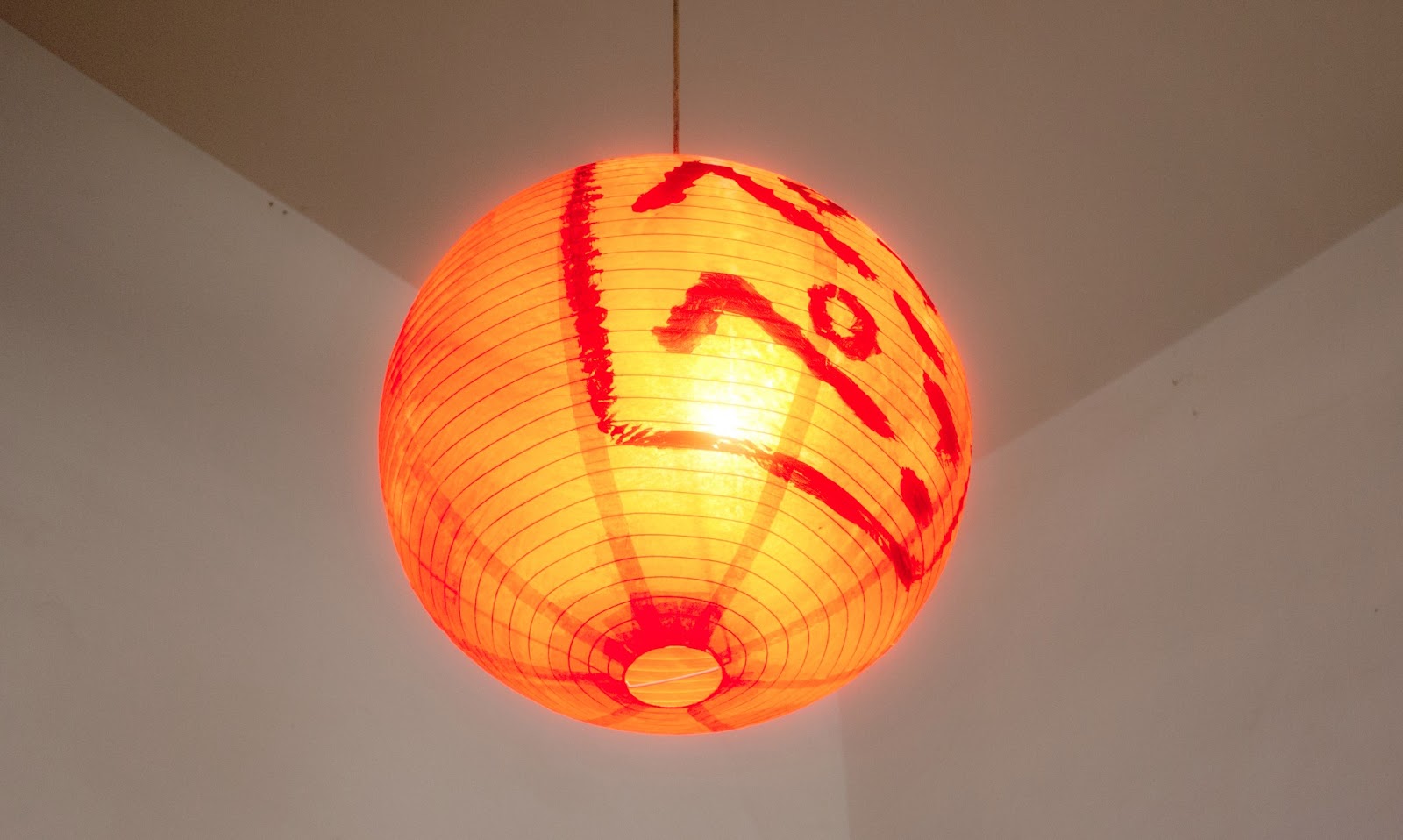 Umeshu saved my weekend, and probably the weeks to come. My unsolicited advice to you is this: That recipe you’ve been meaning to try? Make it. The person you’ve been friend-flirting with? Call and make a date. That town or museum or hiking trail you keep hearing great things about but haven’t made it to? Go there. A family member used to exasperate me when I complained of having nothing to do by saying “Only the boring are bored.” Harsh perhaps, but in a way, true. To be bored is to throw up your hands in defeat. To be bored is to assume that you have seen all there is to see, tried everything under the sun, stimulated every different part of your personality. To be bored is to pace the room like a caged animal. You may be the animal, but remember, you are also the zoo keeper.

3 Responses to Umeshu: How a Workshop Saved My Weekend