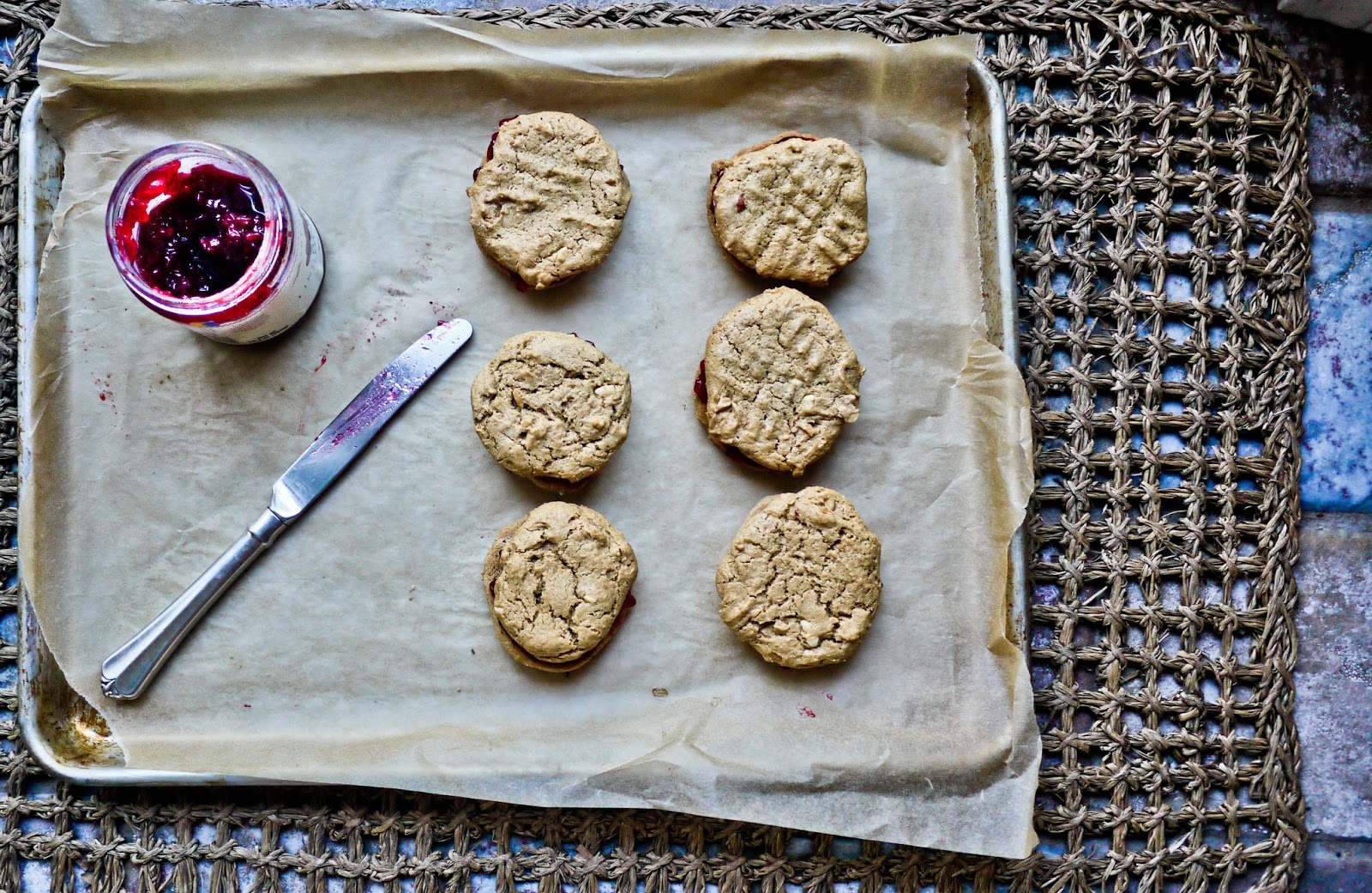 Rarely do I feel the urge to bake, and much to my annoyance, when the mood strikes it is usually late at night, or in the middle of a blizzard, or when I am just downright too lazy to go back into town to the store. What this means is that I often find myself ill-equipped for following a recipe as it’s written. I’ll have baking powder but no baking soda, brown sugar but no powdered sugar. A 1/4 bag of chocolate chips will be wallowing in the cupboard along with 2 tablespoons of oatmeal and more shredded coconut than I can ever remember buying but I won’t have enough of any one thing to make even a half batch of a single recipe. So I improvise. Often the substitutions and tweaks end up being delicious but there have been some real train wrecks too. I remember one particularly abysmal carrot cake cooked in a tiny cottage at the end of a dead end road during a snow storm in Maine with my best friend after too many bottles of wine. I confess, we ate half of it anyway. Maine in winter can call for desperate measures.

On an unusually peaceful Sunday afternoon last week I suddenly wanted nothing more than to make cookies. I knew I had the basics for something as simple as a sugar cookie, and then I remembered all the half eaten jars of jam in the fridge. With no toaster in the house and bread only making a rare appearance in the kitchen, we suddenly have a glut of jam and no vehicle. I started searching the web for simple, gluten free, thumb print cookies. Instead, I stumbled upon a recipe for peanut butter and jam sandwich cookies. Of course! What goes better with jam than good, old PB?

True to form I had barely a quarter of the peanut butter I needed and it was of the chunky variety, not the called-for smooth type. But when has something as silly as having the necessary ingredients stopped me from trying a new recipe? I mixed the chunky stuff with smooth almond butter and followed the rest of the recipe to the letter (though I did add twice as much salt as suggested and cut out a little of the sugar). 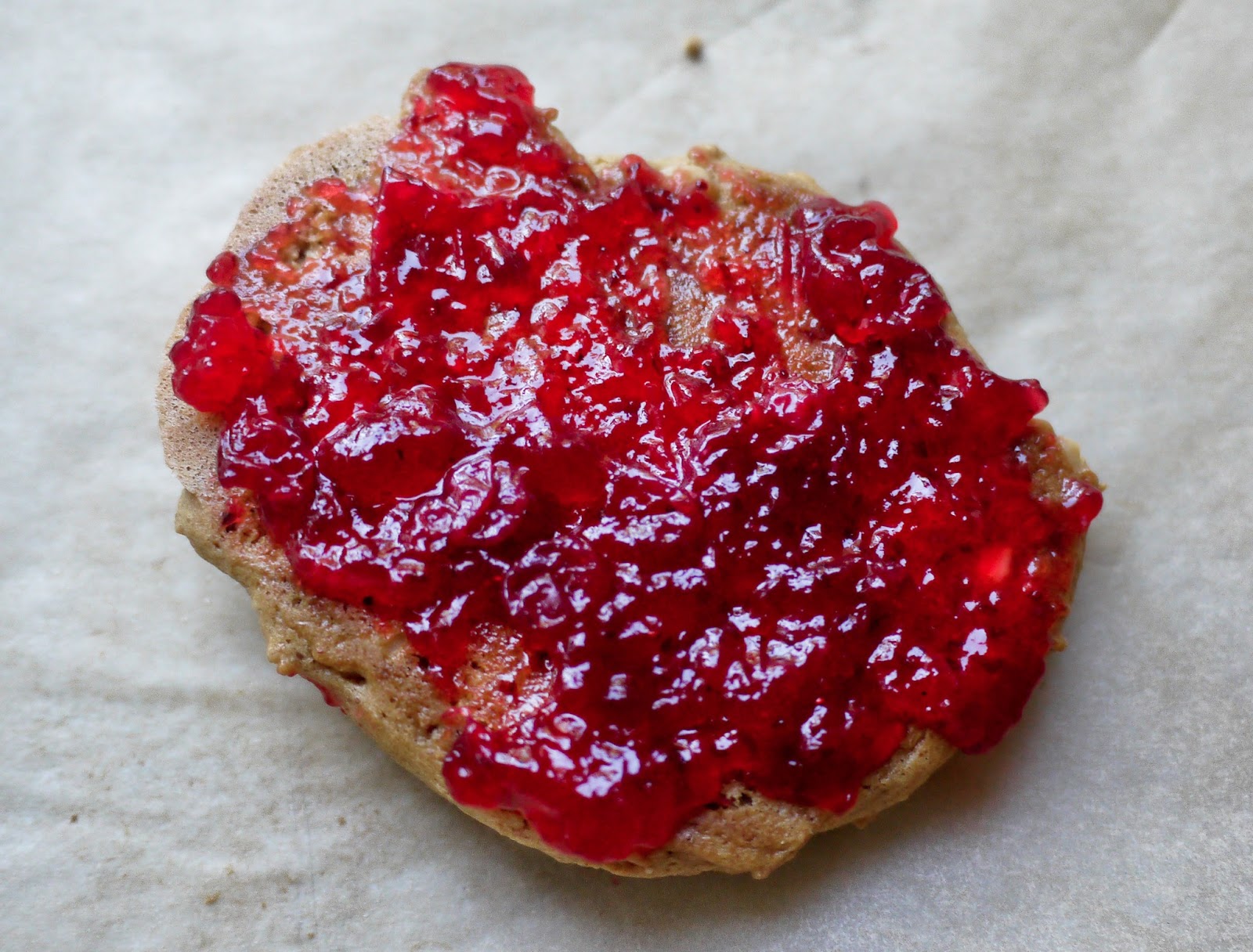 These were by far, the easiest, fastest, yummiest peanut butter cookies I have ever made and they are definitely going to be a staple now. I slathered a few with raspberry jam, a few with Lingonberry jam, and the last with fig preserves. The cookie is light and airy and not to sweet and it actually gets softer a day later making it even more like the best PB&J sandwich–chewy, and with the perfect ratio of PB to J. You can easily swap the peanut butter for another kind of nut butter, though if you use cashew or walnut butter I would add even more salt to the recipe. This would also be a great cookie for making ice cream sandwiches. Just saying.

Nut Butter & Jam Sandwich Cookies
adapted from Haut Appetit
makes about 10 sandwiches
1 cup natural peanut or other nut butter (smooth or chunky or mix of the two)
1 large egg
1/2 cup sugar
1 T almond or other dairy free milk
1 T brown rice or other gluten free flour
1 t baking soda
1 t salt (or more if using a sweeter nut butter)
favorite jam or jams
Preheat the oven to 350 degrees. Line two cookie sheets with parchment paper
In a large mixing bowl beat the egg and sugar together until creamy and frothy. Stir in the almond milk. Add the nut butter and stir with a wooden spoon until well combined.
Mix in the flour, baking soda and salt until well combined. Taste a little bit and adjust salt as needed.
Using a tablespoon, scoop the batter onto the cookie sheets. Dampen a fork in water and use the back of it to flatten each ball of dough, leaving a criss-cross mark on each one.
Bake 15 minutes or a little longer. You want the edges to be just slightly golden.
Let the cookies cool slightly. Spread a generous layer of your favorite jam onto the flat side of one cookie and place the flat side of another cookie on top of it, pressing gently to seal the sandwich. Repeat until you run out of cookies.
These cookies will keep really well in an airtight container for several days, if you can keep your hands off them.
Tagged with → almond milk • comfort food • cookies • dessert • jam • nut butter
Share →
Tweet