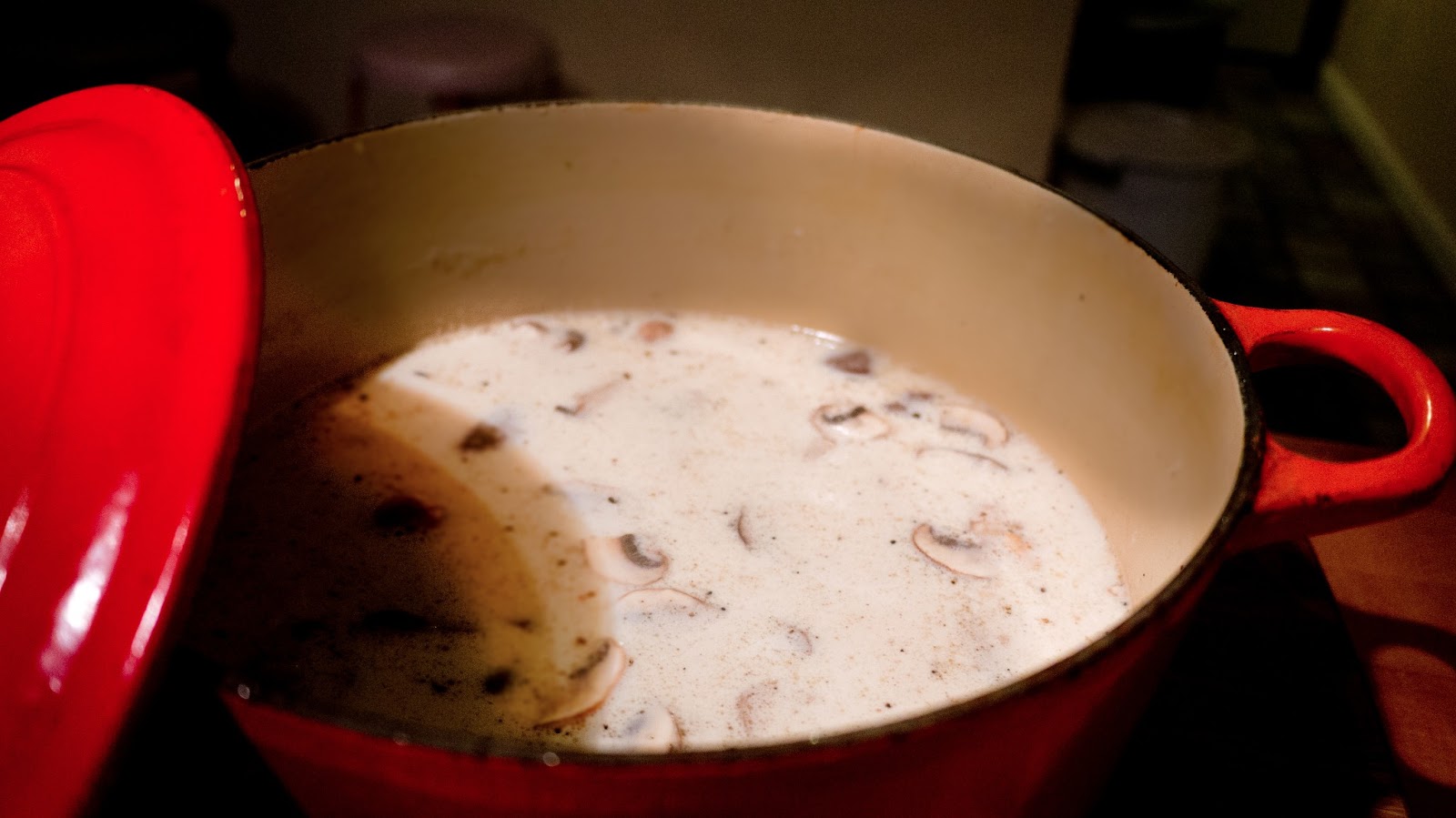 Forsythia! Eucalyptus! Live Oak! Red Bud! Yes, it is spring time in California, less affectionately (and in an alarmist tone) referred to as ALLERGY SEASON (cue doomsday foreboding music). But seriously people, happy as we all are to see our surroundings brightening and blooming, many of us are also suffering a bit from constant symptoms of allergies which can bring on or just mimic the symptoms of a bad head cold. Old fashioned as it may be, there is nothing better tasting to me when I feel stuffed up and foggy than hot chicken soup. I don’t quite remember when it entered her repertoire, but at some point my mom started making an Asian-inspired chicken soup with coconut milk, tangy kaffir lime leaves and that unmistakable laser-like citrus taste of lemongrass. 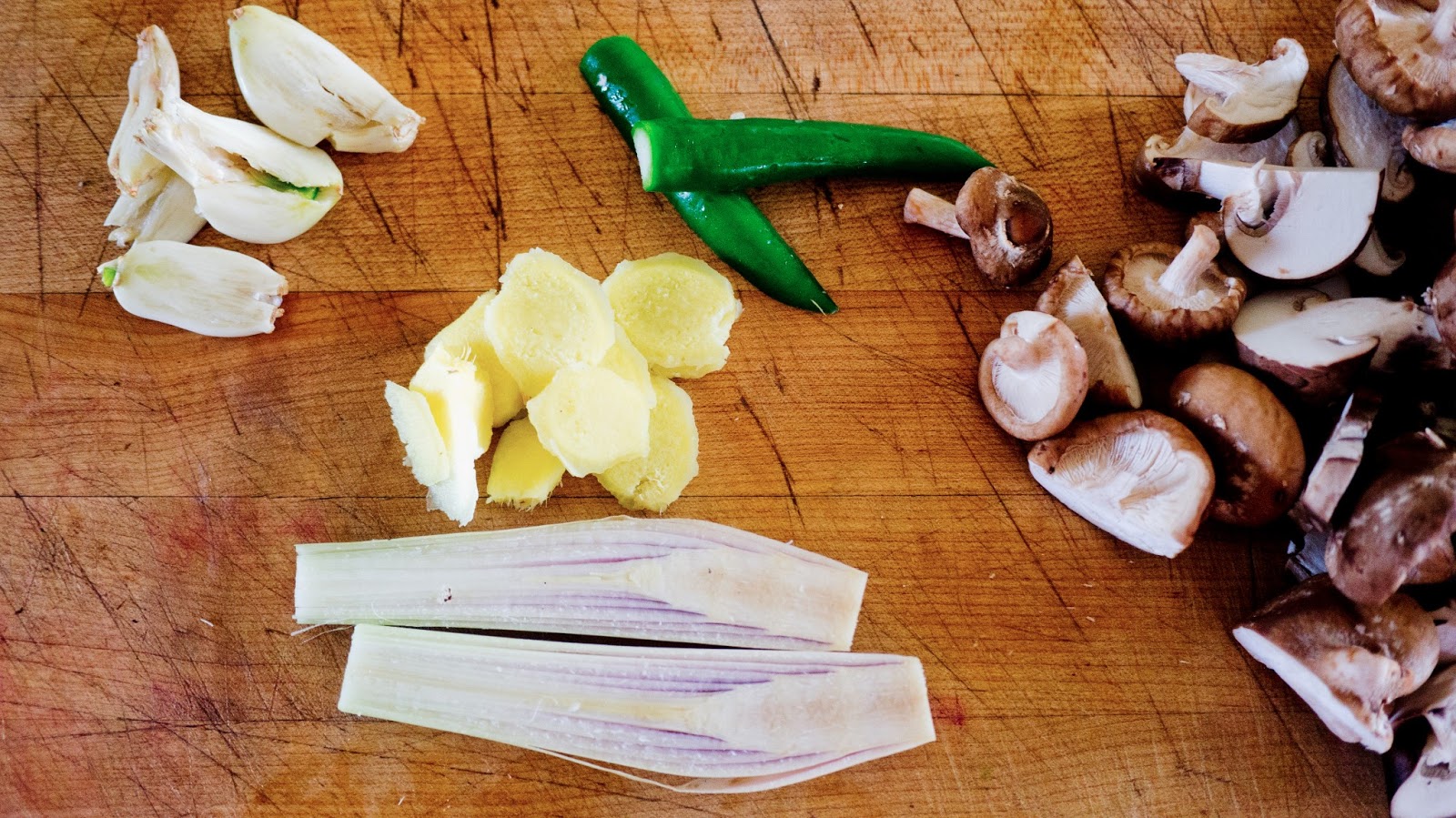 This soup is packed with major immune boosters and a host of powerful digestive aids, expectorants, sore throat soothers, and other curative wonders described below. 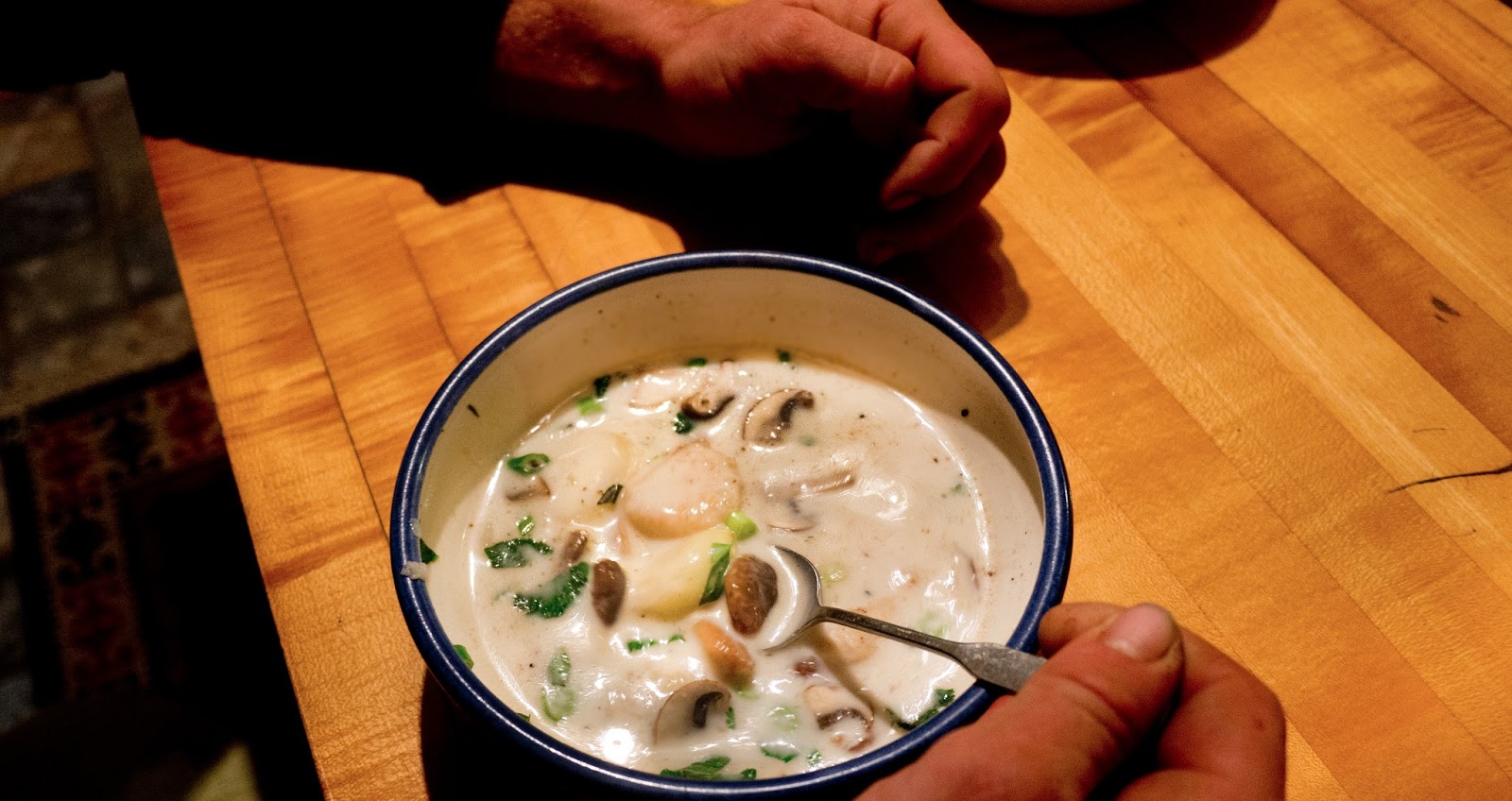 I have tried to recreate mom’s perfect soup from memory a couple times with subpar results. Eventually I combined my memory of her soup and a Tyler Florence recipe. The result is near-perfect, though I have to say, when I am under the weather, nothing is quite as healing or comforting as Mama herself.

adapted from Tyler Florence on The Food Network
2 Boneless, skinless chicken breasts (about 1.5 lbs), cut into 1-2inch cubes
1 quart Organic chicken broth
1 stalk lemon grass, white part only, cut in half lengthwise
1 4-inch piece of ginger (or galangal) peeled and thinly sliced
1 Habanero pepper, de-stemmed and halved lengthwise
4 large garlic cloves, peeled and crushed with the flat side of a knife
1 (13oz) can full fat coconut milk
2 T Thai fish sauce
Shitake and other mushrooms, halved (or quartered if large, about 10oz)
4 limes, juiced
a scant 1/2 cup of corn starch
1/4-1/2 cup coconut oil
3 scallions, chopped
chopped cilantro and basil to top
In a bowl, toss the chicken cubes with the corn starch until each piece is well coated.
Heat a pan over medium-high heat and let half of the coconut oil heat until fully melted. Working in batches, cook the chicken in one even layer, letting brown on one side before flipping it over with tongs. About 5 minutes on each side depending on the size of your chicken cubes. Place the cooked chicken on a paper towel-lined plate or sheet tray. You may need to add more coconut oil between batches.
In a large pot bring the broth to a boil over medium heat. Add the garlic, ginger, pepper, lemongrass, and mushrooms, cover, reduce heat to medium-low and let simmer for about 10 minutes to infuse the broth with the herbs.
Uncover, add the chicken, fish sauce, coconut milk and lime juice. Simmer about 5 more minutes until chicken is heated through.
Ladle into bowls and top with  chopped scallion, cilantro and basil, and maybe even a wedge of lime if you have extras lying around. 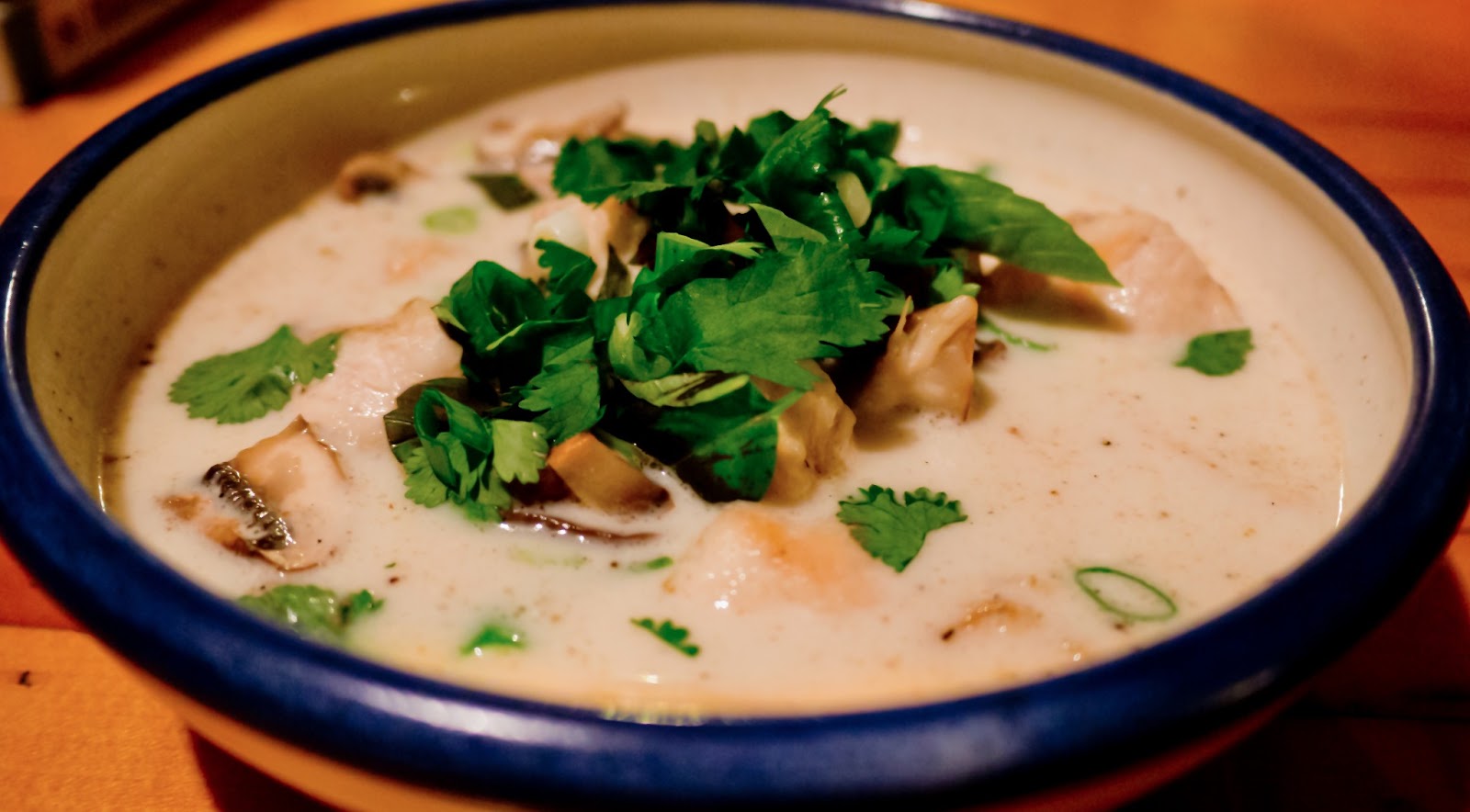