Waking up from Routine

On September 29, 2012 · In Uncategorized
I am a creature of habit. I love my routines. But lately I have been thinking about the dual nature of any practice that becomes rote. Routine is often positive –a weekly yoga class, a meatless Monday dinner, reading to a loved one before bed, a morning run. But even the best and healthiest of routines put us into a kind of autopilot. The repetition and the safety and the eventual thoughtlessness with which we ascribe to routine can prevent us at times from being in the world. I mean really being in the moment with all the senses engaged. Routine can make our worlds small, the focus narrow.
For the past few months I have been waking up early in the morning (against my instinct to hit snooze for the fourth time) to write for a while before my day of DOING THINGS begins. I sit in the same place, in the same way, with a cup of hot water and the shades pulled up and I watch the morning, the subtly shifting but mostly unchanged scene outside my window. After a few weeks I decided to sit outside instead of looking at the outside. It was a transformative experience. I felt–pardon the terrible cliche–alive. Instead of seeing the wind in the oak trees I felt the wind on my face. Instead of noticing a bird on a blooming sunflower I heard and watched two little finches flirt and fight over the leafy perch. Instead of noting the morning fog I smelled the Pacific, felt the salty damp on my skin.
It’s gotten me thinking–what do I miss each day by being a slave to even the healthiest of my routines? What passes me by? What and who do I take for granted? What do I miss by sticking to what I already know?
I don’t mean to say that we should forsake routine altogether in the name of potential experiential bliss.  But I would like to suggest that most of us could benefit from occasionally lifting our heads, and opening our senses to the unfamiliar.
So often we think of health as something achieved by a careful calculation of nutrients taken in, calories expended, and vices moderated or avoided altogether. With all that calculating we forget sometimes to factor in pleasure, the wonder that can come from a spontaneous adventure, the unpredictable and hilarious turns that an unplanned night can take, the nourishment we receive from honestly connecting with another person.
As always this is one woman’s opinion. But after a couple of months of deciding to say yes to just about everything and of relaxing my sometimes rigid rules and routines, I urge you to change it up. Don’t wait for the new year to try new things or to resolve. Start today. The changes can be small. Go for a walk alone without your headphones; sit in a different chair at your kitchen table; tell a loved one exactly why he or she is loved; eat your meal without reading or watching a screen or listening to music; get in the car, pick a direction, and explore like a tourist even in your own town; stay up to watch a meteor shower; get up to watch the sun rise; see and taste and smell and touch everything; become acutely aware of even the tiniest gifts–the sweetness of a breath taken in and let go. 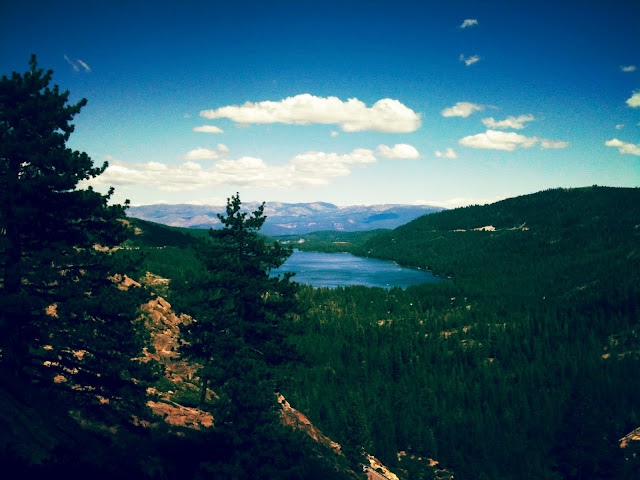 9 Responses to Waking up from Routine